Director Lisa Blair is keen to stress the ambiguities at the heart of Henry V: was Henry hero or criminal, good king or tyrant, and is the play pro-war, or anti-war? Anyone wishing to seek definitive answers to these questions had probably better avoid this nuanced and subtle adaptation of Henry V.

In much the same vein as the rest of the contemporary theatrical world, Blair’s adaptation seeks to bring it into the modern age, complete with shiny polyester suits and semi-automatic machine guns. Though quite how successfully this is done is a matter for debate: the way the characters are acted is still more or less traditionally Shakespearean, and so there are moments where you begin to feel as if the modern quirks of the play are failing to add anything more than gimmick.

Henry and his dukes are dressed in the attire of modern politicians: they are scheming and Machiavellian, somewhat at odds with the brazen idealist one finds in the text. Why some soldiers are in 21st-century camouflage, and others apparently in First World War garb was similarly baffling: are we supposed to be recognising soldiers on their merits, whichever cause they are fighting for? Or are we supposed to understand a distinction between the brave and the cowardly? And which is which? Aesthetically frustrating though it may be, it is a clever ambiguity.

The other challenge posed by the modern world to this production was the absence of God. If we are to seek a proper understanding of Henry’s complex motivations and psychology, then his unconditional faith in divine Providence surely must feature. On a barren, trench-like stage, where the major players are more corrupt politicians than chivalric knights, any references which are made to God are scarcely credible, and as such an important element of the play is lost.

Mark Milligan has clearly the biggest shoes to fill as Henry. There’s an oddly compelling intensity to his character, but his lack of physical and vocal presence, as well as constantly being positioned downstage, meant that recourse to reedy shouting is too often necessary. Perhaps the sense of the king as a human, a “gentleman of a company”, is being emphasised, but even still it is hard to trust his authority. Perhaps a better choice for Henry would have been Sam Grabiner (Fluellen), not least because it would have saved him from having to do a really quite dreadful Welsh accent, but because his physicality is much more given to authority. In the comic love scene, on the other hand, Milligan is superb; his delivery and timing immaculate, and his movement suitably delicate and awkward.

Edward Eustace as the King of France is powerful, but was sometimes in danger of overacting, while Aoife Kennan as the chorus is in many ways the real star of the show. The Arts Theatre is a difficult space to get right, and Blair ensures that the static scenes where the cast are simply standing in a line are matched by more dynamic, interesting formations. These are especially noticeable in Henry’s great rabble-rousing speeches, though timing is often muddled so that roars of support from the company on stage is occasionally reduced to a limp ‘yeah!’ from a cast member. 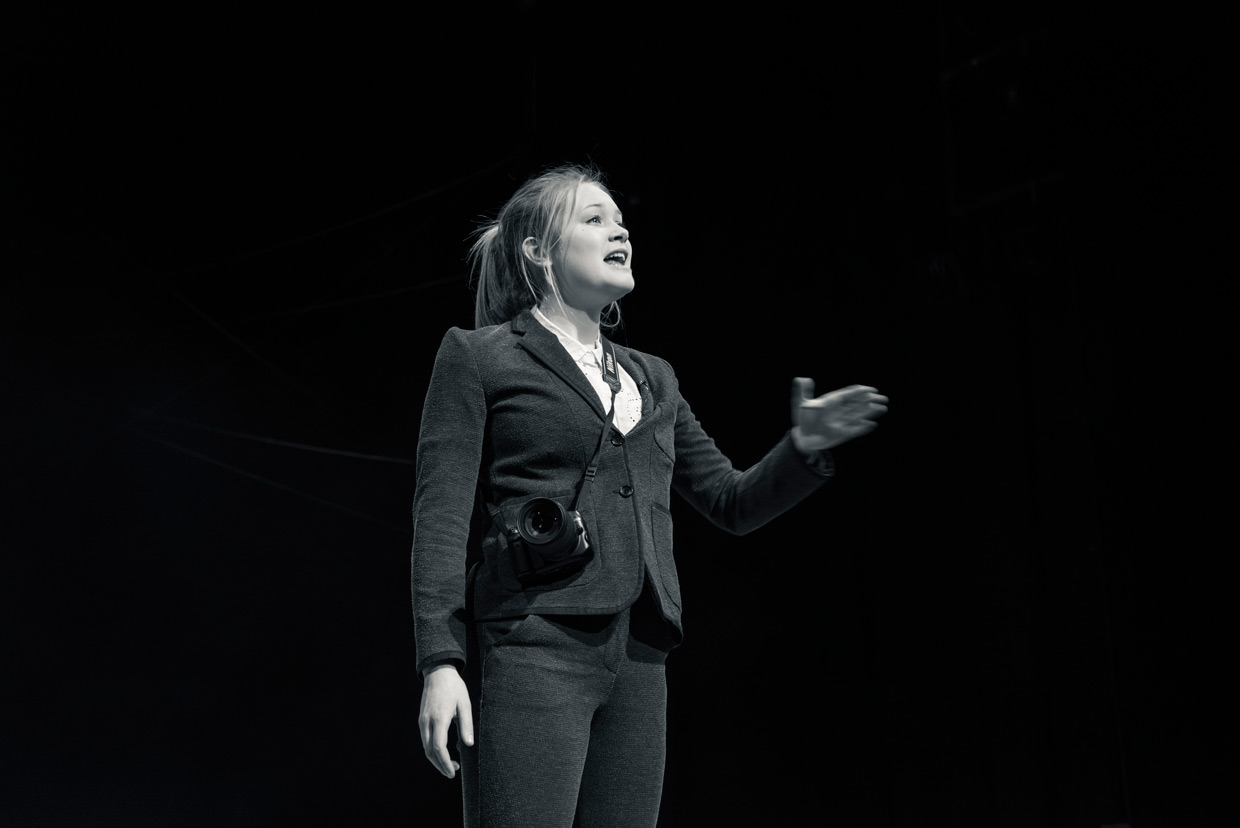 It’s been said that there is no such thing as an anti-war film: that, by exploring the lives and relationships of soldiers in wartime, we are necessarily glamorising the experience. If, then, this production of Henry V comes no closer to answering our original question, it is because it is the wrong question. At worst, this production’s exploration of the play’s ambiguity is a smokescreen for its shortcomings; at best, it is intricate and thoughtful.

Do you agree? Let us know your thoughts in the comments below.

Henry V is on at the Cambridge Arts Theatre, 7:45 p.m. until 07 February. Get your tickets here.