Racing Demon, written by David Hare and first performed in 1990, is a captivating play providing an insight into an internally incoherent Anglican Church losing its place in everyday life. Four vicars working in inner-city London individually struggle with the long, slow-burning decline in parishioner numbers, presenting different theological methods to combat this loss; a diversity which is apparently unfortunately fostered by the open remit of the Church. Through the vicars’ different reactions, from zealous evangelicalism to passive acceptance, the play reveals an interesting tension within the institution of the Church, and in its relationship with modern society.

The play carries a serious tone, suggestive of the real theological grapples with which many of the characters are dealing, doubting God and the Church throughout. Silas Lee presented a progressively revelatory and deep character in the Rev. Lionel Espy, struggling with personal doubts about his faith, a troubled home and a difficult boss in the form of the bishop of Southwark, performed by Ed Limb. In contrast, the Rev. Donna ‘Streaky’ Bacon (Heather Fantham) provides some much needed comic relief, with a particularly funny and impressive performance in light of the serious nature of the play. She receives comedic support from the Rev. Harry Henderson (Sam Knight), who slowly reveals a multi-dimensional character struggling with how his sexuality is in conflict with the Church’s official public doctrine. Both are well-rounded and expertly acted characters. 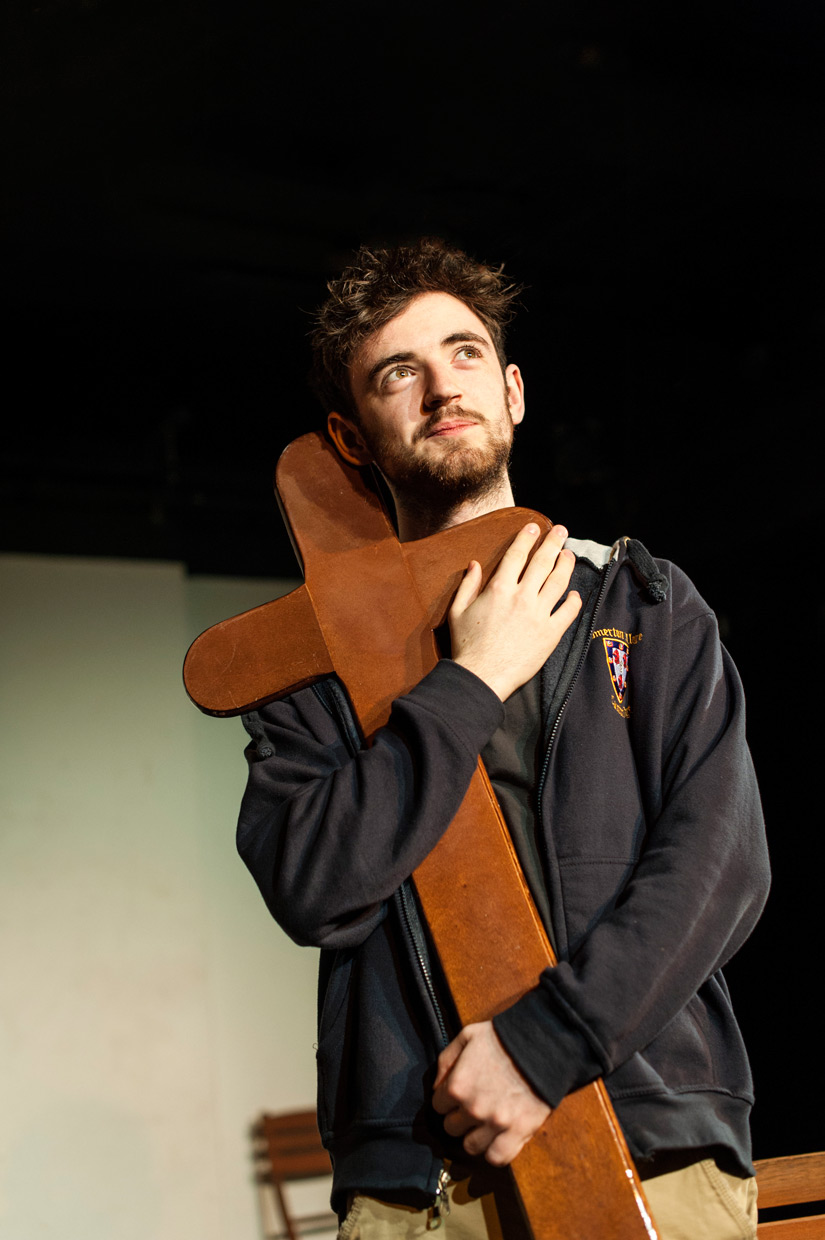 While the overall performance is not as tight as it might be, Oli MacFarlane’s exceptionally dislikeable and maniacally zealous Rev. Tony Ferris is equally repulsive and mesmerising. His representation of a vicar battling against the decline of the Church in everyday life is visceral and violent, exposing Hare’s originally intended critique of those within the Church, rather than the institution itself.

Hare’s script is still as poignant as it was in 1990, with the recent vote on ordination of women to bishoprics in the Church of England once more exposing its underlying tensions. The play is competently directed by Will Bishop, whose vision of a sparse inner London religious following is complemented by the equally sparse stage. However, the lack of props on stage also leaves the actors rather un-lifelike, struggling with nothing to do when receiving or performing lengthy tirades at one another or offering impassioned monologues to God. The use of the entire cast on stage at once is particularly powerful, with brief but effective choral interludes to provide an eerie air to the already unnerving, personal story.

Racing Demon is on at the Corpus Playroom, 7p.m. until 7 February. Get your tickets online here.